Something is bubbling in my blood, and it’s not excess nitrogen.

I recently went on two open water dives in Koh Tao, followed by a snorkelling day that took me to five different sites around the island. This got me thinking, or rather debating, the merits of deep water diving versus its much shallower cousin, snorkeling.

It’s probably not even a debate for the oxygen tank crew or one given any thought during a safety stop but I’m about to make it one. 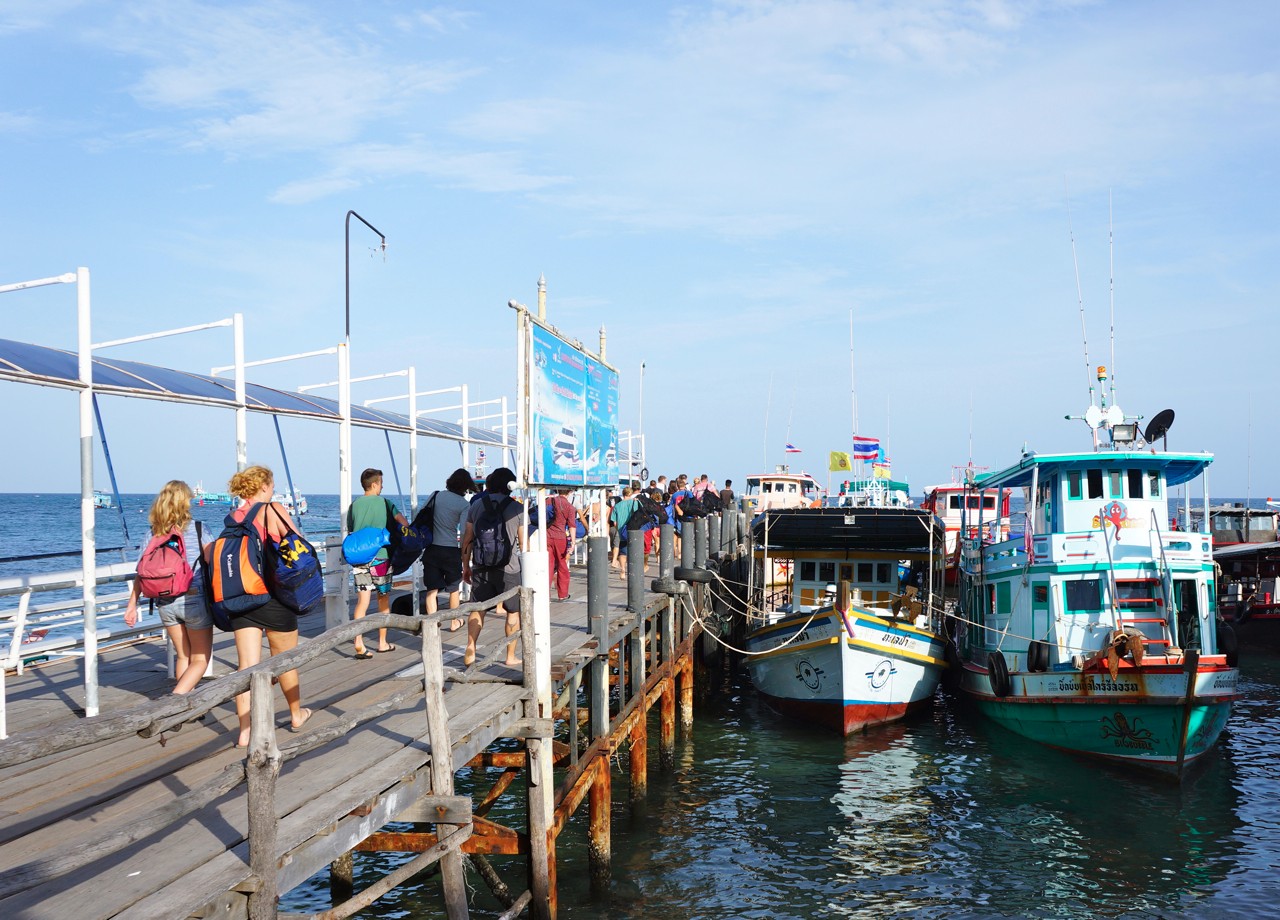 I just recently did my PADI open water 1, so I’m no expert or even mildly experienced in the ocean. In fact I only have 6 sea dives under my weight belt and still sometimes call my BCD that air control thingy (in private). I also don’t know if divers look at snorkelers the way the surfers look down on body boarders, but I do know they don’t share the same jargon or frequent the same bars. They seem to be a different breed, what a clown fish is to a shark. They may share the same waters but they definitely don’t command the same respect. 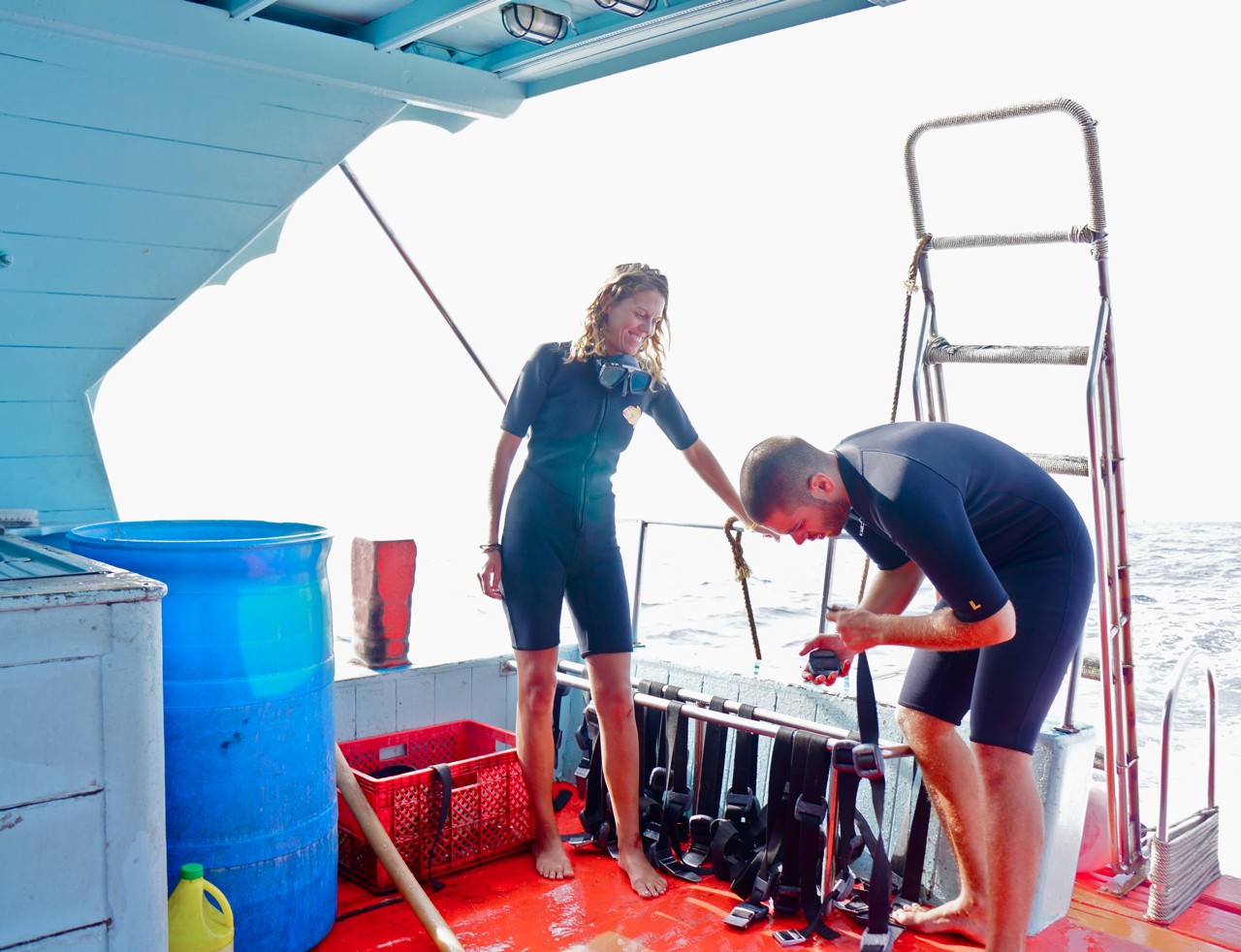 And I want to give some respect to snorkeling.  In fact I’m going to throw my mask and snorkel in the ring and just come out and say it – I think snorkeling is better than diving. And here’s why:

Snorkeling is simple and immediate.

It’s kind of like the radio vs TV debate for me. Snorkeling is an immediate medium that is cheap and accessible to all. You don’t need to shell out a lot of money or get any fancy certification. There’s no big production around it. No big companies, boats, equipment or major planning needed. Just grab a mask and snorkel and get out there and experience it.

I feel such freedom snorkeling. No time constraints, oxygen levels to keep track of, leaders to follow or buddies to watch out for. Most of the time I can head out on my own, in the shallow waters, just going with the flow of the current or following the curve of the coral. I like getting lost in thought, time and direction. I often come to the surface wondering how I came to be where I am. And when I’m down there, I feel closer to nature than I do when I’m carrying my tank on my back and listening to my rasping Darth Vader breath in stereo. There’s just something about being free of equipment that makes you feel less like an outsider and more like a foreign relative. 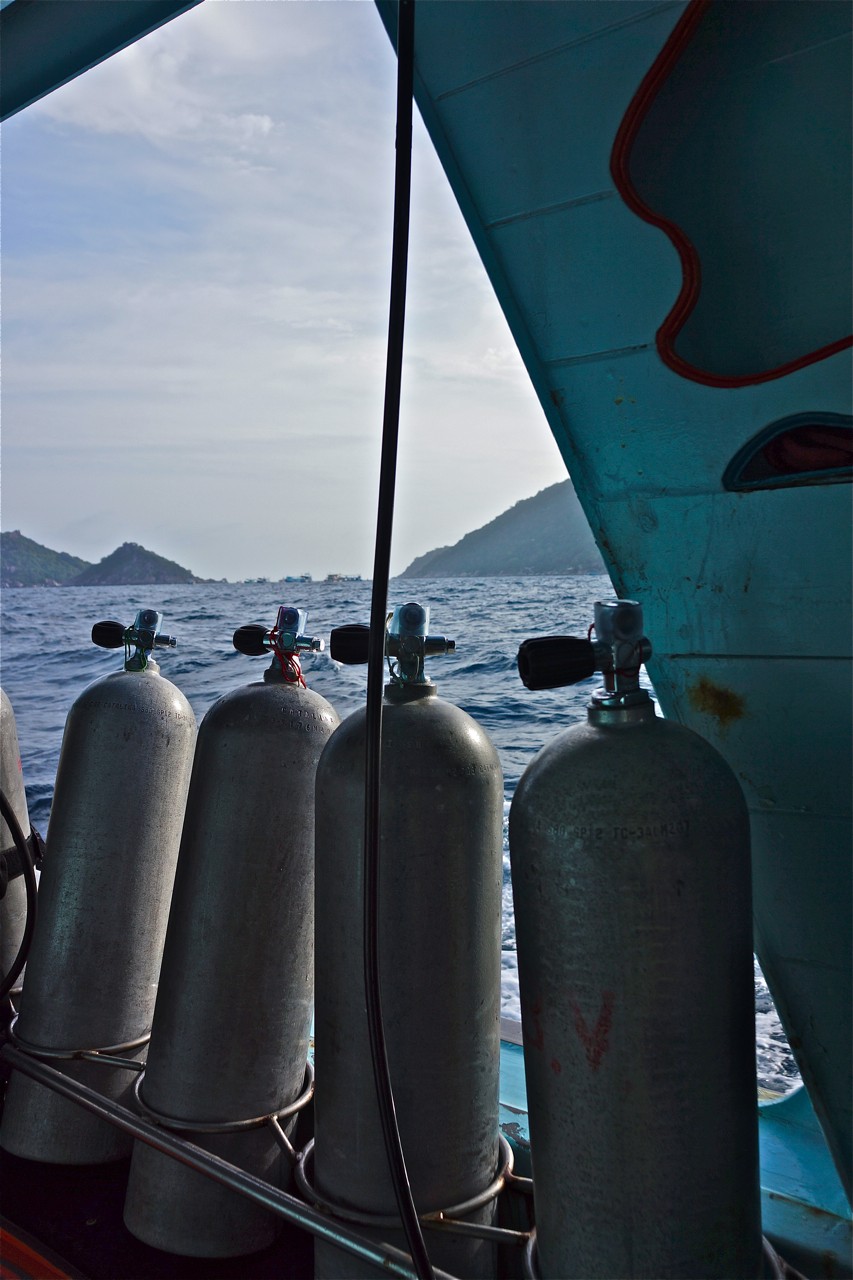 Snorkeling is rewarding. I can honestly say that I saw as many species of fish snorkeling as I did diving. In fact I saw a black pointed reef shark snorkeling, which seems like a deep sea thing to see but wasn’t so. Obviously I am not going to come across any giant grouper in shallow waters and the sheer scale and size of the fish out in the deep ocean makes for a Disney experience that makes you want to find Nemo again and again. But in my shallow depths I crossed paths with many damsels (and none of them in distress), saluted a few sergeant majors and made enough Christmas tree worms and velvety clams close up shop as I swam by. And I did so at my own pace, giving time and attention to the corals and colours that make me glow with phosphorescent pride.

It’s not about bashing diving as it is about giving credit to snorkeling – a very underrated underwater activity in my personal logbook.

So no, I’m not giving up on diving. I know it will open up a new and exciting world for me and I look forward to the day when I don’t see the depths for the equipment that allows me to be there.

But for now, I can honestly (and proudly) say, that I’m a shallow girl and I like it. 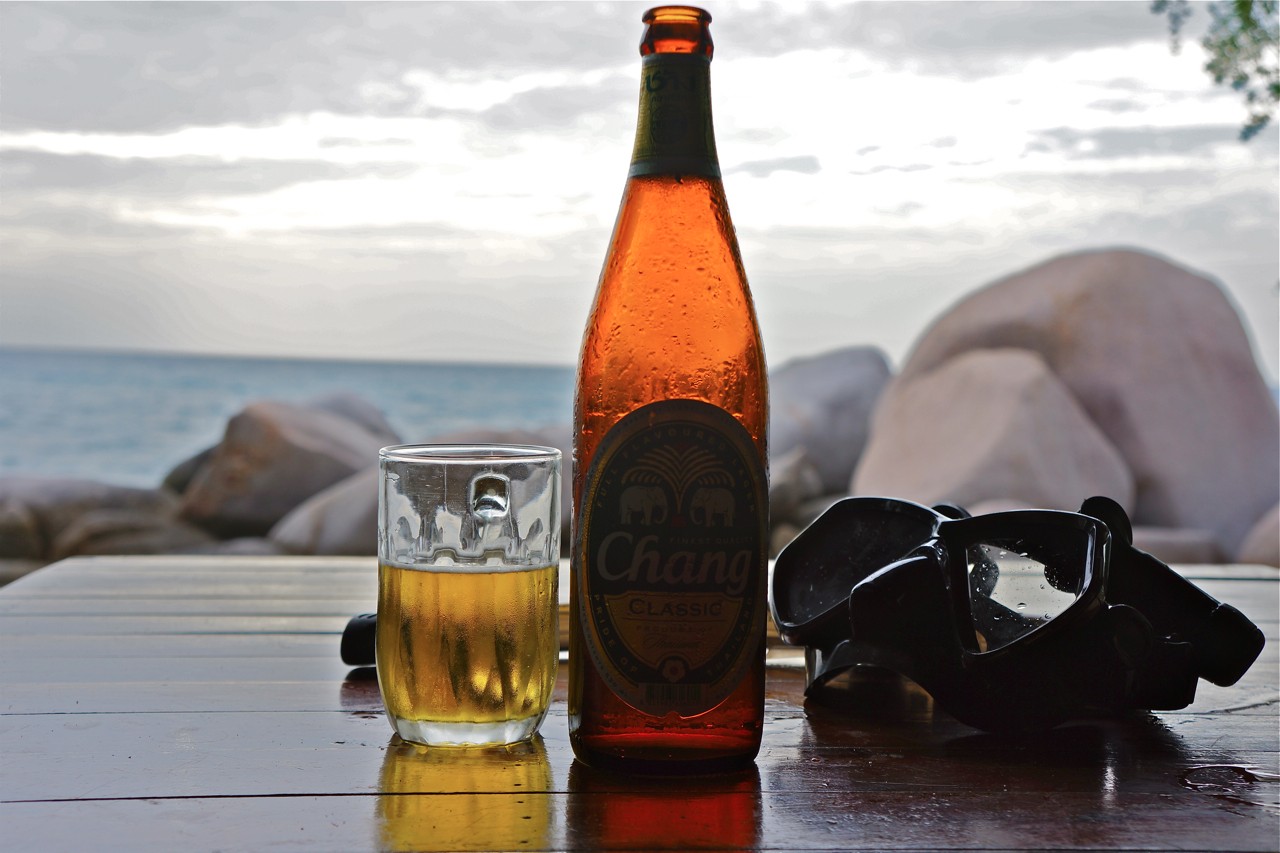 Musing on the hues of blues that surround me while I am tickled pink inside. 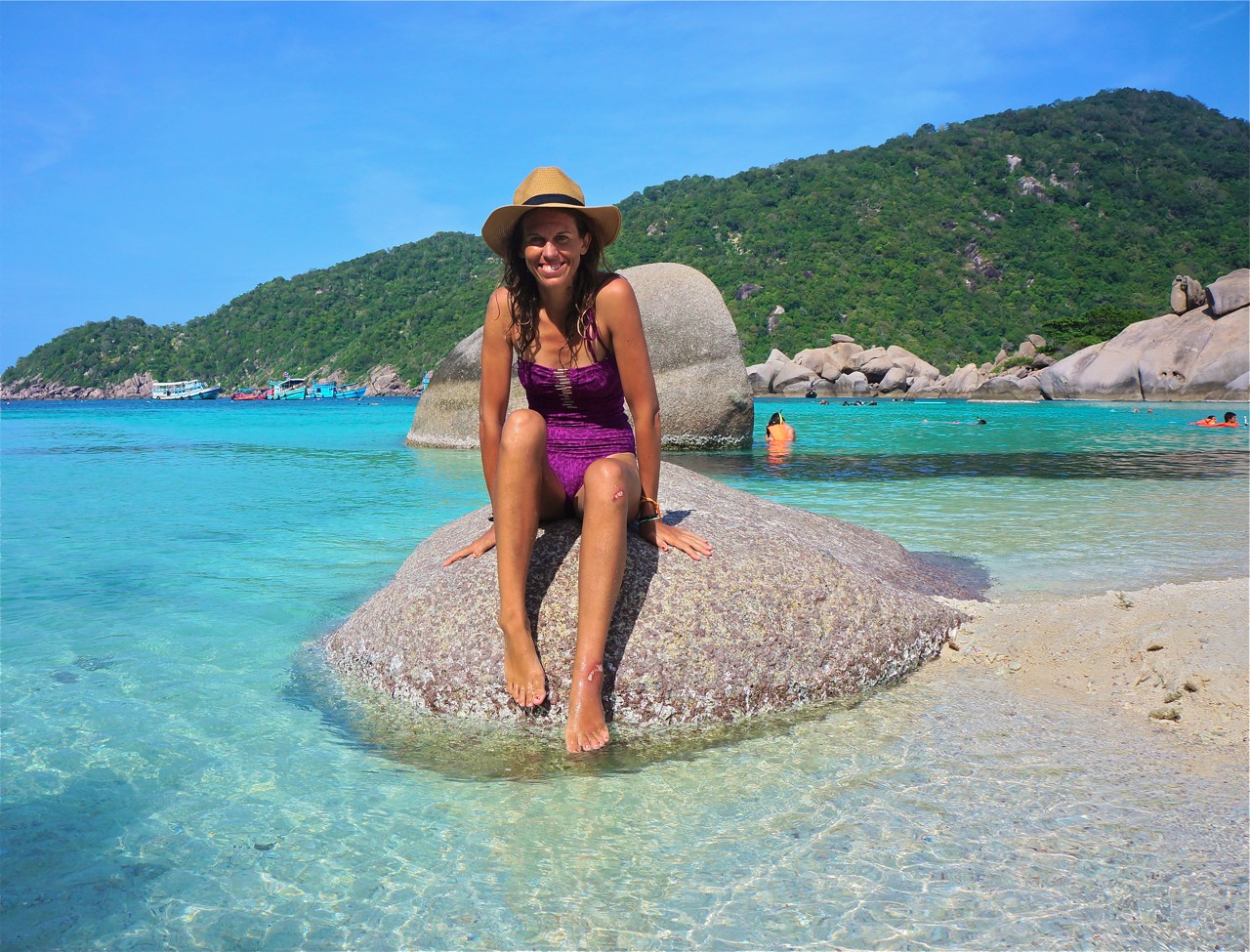 Quite right…some days I’d feel like diving, some days like snorkelling. There is no ‘better.’. Glad you discovered the head-spinning delights of Beer Chang.